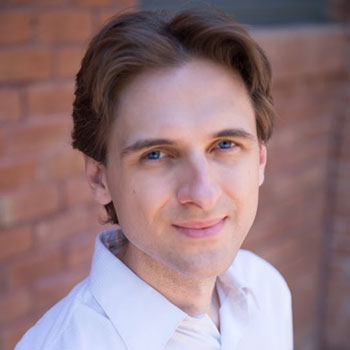 Ryan Trovitch is one of Arizona State University’s leading scientists in the areas of green chemistry, catalysis, and the conversion of oxidized carbon sources into value-added fuels and products. Dr. Trovitch’s research focuses on the development of homogeneous inorganic and organometallic catalysts that feature Earth-abundant transition metals that include manganese, iron, cobalt, nickel, and molybdenum. He received a B.S. degree in chemistry from the Honors Program at King’s College (PA) in 2004, and a Ph.D. in inorganic chemistry from Cornell University in 2009 under the direction of Prof. Paul J. Chirik. Dr. Trovitch moved to Los Alamos National Laboratory as a postdoctoral research associate in 2008 and was later appointed as a Glenn T. Seaborg Postdoctoral Fellow. While at LANL, he worked on a range of projects that include iron-mediated nitrogen fixation, the isolation of structurally unique molybdenum compounds, and the spectroscopic investigation of alumina-supported C-H activation catalysts. Dr. Trovitch joined ASU’s Department of Chemistry & Biochemistry (now the School of Molecular Sciences) as an assistant professor in 2012.