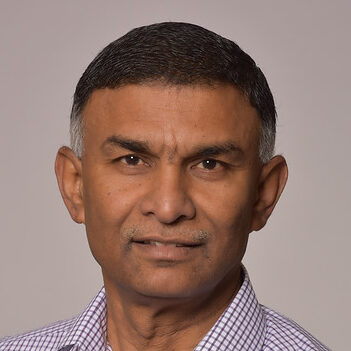 Ettigounder (Samy) Ponnusamy completed his Ph.D. at the University of Madras (India) in 1982 in Polymer Chemistry and postdoctoral studies at the University of Illinois at Chicago (1983-87). In 1988, he joined Sigma-Aldrich as an R&D Scientist and worked on many high-value projects in various capacities. Currently, Samy is the Fellow and Global Manager for Green Chemistry at MilliporeSigma (A business of Merck KGaA, Darmstadt, Germany), leading the Green Chemistry Initiatives.

Samy has over 35+ years of industrial and academic research experience in developing new products, greener process developments, polymer processing, and greener manufacturing from laboratory to pilot plant scales utilizing green chemistry principles. Samy and his team developed award-winning DOZN system – A Quantitative Green Chemistry Evaluator to calculate the relative greenness of chemical products/processes based on the Twelve Green Chemistry Principles. Recently released DOZN 2.0 tool for customers to use it to improve their overall sustainability. Also, Samy leads the new Greener Chemistry Consultancy Business Developments at MilliporeSigma. Samy is instrumental in expanding DOZN application to both virtual and in-lab curriculum to various academic institutions globally in collaboration with Beyond Benign. Also, Samy helped to launch Beyond Benign Organic Lab with DOZN results and working on Inorganic & General Chemistry Labs.

Samy is one of the Co-chairs for the American Chemical Society Green Chemistry Institute’s (ACS GCI) Chemical Manufacturer Roundtable and, organizes/chairs sessions at the ACS GCI’s Green Chemistry & Engineering Conferences and, also participated as an organizing committee member for many other international Green Chemistry Conferences. Samy is the founder of the Worldwide Green Chemistry Team at Sigma-Aldrich in 2007. Samy has published over 45 scientific papers and awarded 6 US/European Patents and, also 3 US Patents pending. Samy’s work was recognized by The Academy of Science St. Louis (founded in 1856), awarded an outstanding scientist award in 2011, and inducted as a Fellow of the Academy of Science St. Louis. Also, one of the recipients of Merck Technology Award 2020 and Environment + Energy Leader, Project of the year Award 2020 for DOZN.