SoluSave is a company that is looking at recycling laboratory solvents with an in-situ, microscale device. They are a start-up based in Toronto, Ontario and they are currently working with an entrepreneurial incubator called the University of Toronto Hatchery. The SoluSave team consists of undergraduate engineering students at the University of Toronto and a recent chemistry graduate. 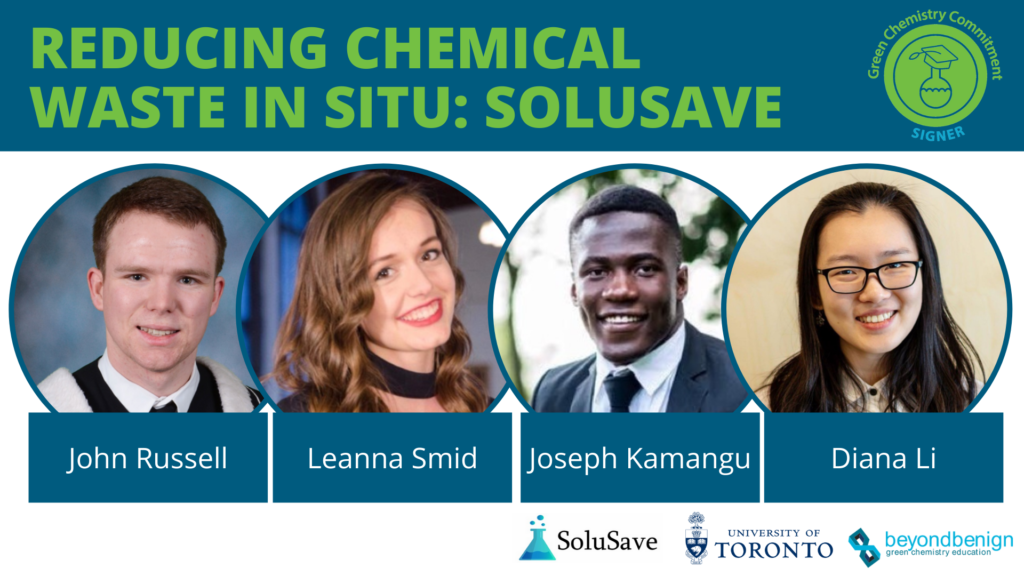 SoluSave was fortunate to be awarded the 2019 University of Toronto Sustainability and Innovation Prize. The team behind the idea is from the University of Toronto. John Russell completed his Bachelor’s degree in Chemistry and will be attending the University of Pennsylvania to earn his Ph.D. in Chemistry. Leanna Smid recently completed her undergraduate degree specializing in biological chemistry. Leanna will be pursuing a Masters of Business and Science at Utrecht University. Joseph Kamangu joined the SoluSave team earlier this year and is pursuing a major in Civil Engineering. Diana Li is studying in the Department of Chemical Engineering and Applied Chemistry and is also minoring in Engineering Business and Environmental Engineering.