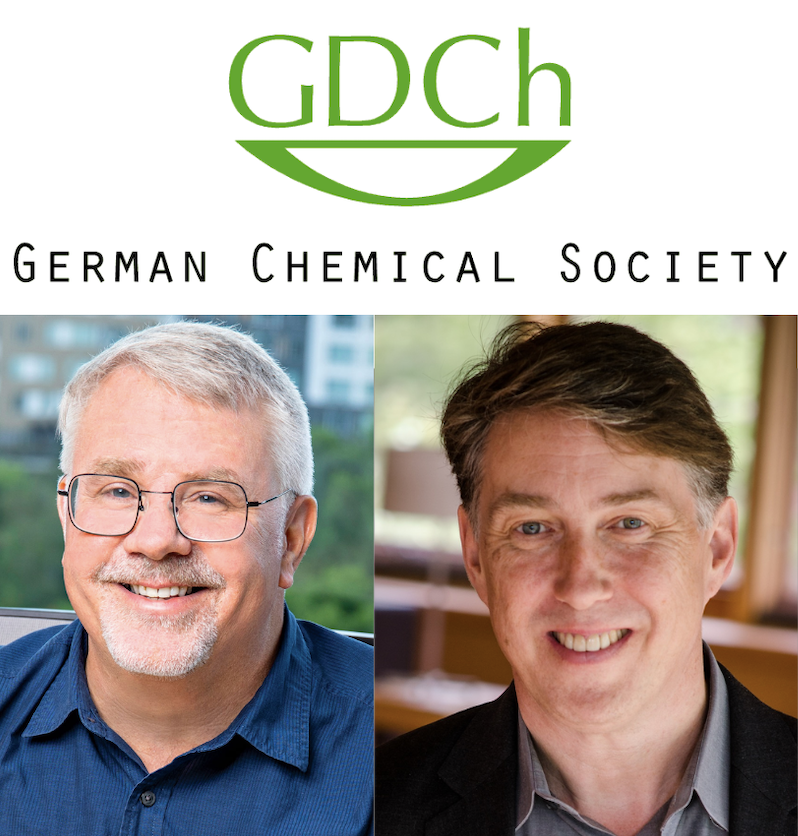 Green Chemistry gains another recognition! The August Wilhelm von Hofmann Denkmünze Prize is an important award given by the German Chemical Society (GDCh) for special services in chemistry. This prize has a long tradition and it was founded in 1902 to honour chemists or scientists in general who have made a special and important contribution to the field.

120 years after the creation of the August Wilhelm von Hofmann prize, it is time for Dr. John Warner and Dr. Paul Anastas to be the special recipients of this commemorative medal. The award winners are honoured not only for the scientific and intellectual foundations of Green Chemistry, but as for the concrete implementations of the concept created.

The award ceremony will take place on September 1st during the 8th EuChemS Chemistry Congress in Lisbon, Portugal.

For more information about the award, Green Chemistry, as well as Dr. John Warner and Dr. Paul Anastas, check out the article published by the GDCh here.

“The field of Green Chemistry is indispensable today, and laid the foundation for sustainable chemical product development. In addition, the award winners were committed to the interdisciplinary integration of Green Chemistry at Universities and actively contributed to the realization in their area and in other locations worldwide. For this exemplary commitment to the services of chemistry, Anastas and Warner now receive the August Wilhelm von Hofmann commemorative medal of the GDCh.”