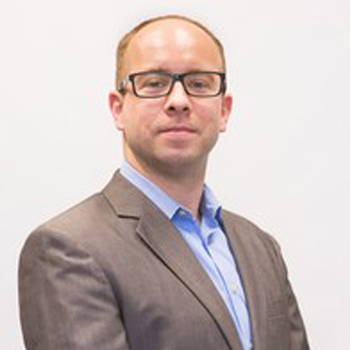 Resources from Brazilian sugarcane to create bioplastics: The story of Jason Clark

This is the story of Jason Clark, a Materials Lead in Open Innovation for Renewable Chemicals and Materials at Braskem. Jason grew up in upstate New York, always with a strong interest in science. In high school, he completed his first chemistry course and “this is where everything clicked” for him. Jason really enjoyed spending time in the lab and “the idea of creating something new”. He first enrolled at the University of Houston to pursue his bachelor’s degree in Chemistry. In college, however, Jason discovered Chemical Engineering, which aligned with his “tendency to think about problems as part of systems”. He made a change and decided to follow the Chemical Engineering path. During his undergraduate studies, Jason started an internship with Total in R&D, and was eventually hired on when graduated. While working full time at Total, Jason simultaneously applied to pursue his Ph.D., with focus on polymers. During his doctoral studies, Jason changed roles a number of times at Total, and eventually graduated in 2016 while he was working in a process engineering team at one of Total’s manufacturing facilities. One year later, Jason was offered an opportunity to begin his career at Braskem, first working as a Senior Research Engineer, establishing a polymer science team in Pittsburgh, and then moving on to a Materials Lead role.

Currently, Braskem is the largest petrochemical company in the Americas and the world’s leading biopolymer producer. At Braskem, Jason and his team are producing polyethylene (the most common plastic there is) using ethanol sourced from sugarcane in Brazil! Today Brazil is the world’s largest sugarcane producer, a feedstock that can be used as a clean source of energy and as a raw material for the production of various products. This type of polyethylene obtained from renewable resources is only one example of the I’m green™ brand of Braskem, which searches for sustainable solutions using sugarcane. For every metric ton of I’m green™ polyethylene produced, three metric tons of CO2 equivalents are captured, helping to combat climate change. “I’m green™ can be found in different packaging applications, like one of the Boulder Clean’s laundry detergent bottles and Only Natural Pet’s dog food bags. You will also see the I’m green™ polyethylene make an appearance at the 2020 Olympics in Tokyo as part of the hockey field turf.” Jason also highlights that another member of the I’m green™ family, the I’m green™ ethylene vinyl acetate (EVA) has been used by Allbirds in the midsole of some of their shoes.

Inventing green and bringing resources together at Braskem

When asked about the traits for success, Jason highlights the importance of sincerity and thinking about problems at a systems level. Besides that, he discusses the significance of being a team player and overcoming difficulties: “The key to my success has been my ability to work in teams and to bring people together towards solving the challenge we are facing. It is inevitable that an inventor will encounter resource constraints in their inventive process. It is the response to these constraints that frequently determine success.” To face problems and overcome challenges during the invention process, Jason also highlights the importance of trusting your instincts, not abandoning the idea, and bringing together resources from different areas and backgrounds to achieve what is desired: “It’s not enough to have the idea, or even to see an opportunity. You must be able to bring resources together and build support to realize an invention.”

What excites Jason most about invention at Braskem is the opportunity of using technology to improve data collection, enable process optimization, and address problems in real time: “I am most excited about the convergence of technologies to help us to accelerate the pace of our development while also continuing to improve the safety of our operations and products. For example, efforts to accelerate material and chemical discovery by application of machine learning, modeling, and automated high-throughput experimentation can significantly reduce the risk of new development.”

Jason explains that green chemistry is everywhere at Braskem: “The incorporation of health, safety, environmental and regulatory considerations are required for any product or process developed at Braskem. The minimization or elimination of hazardous substances, used or generated, naturally aligns with this directive.” Sustainable development, the use of renewable raw materials, efforts to combat climate change and to develop the circular economy are all major sources of inspiration and initiatives included in Braskem’s basic fundamentals and focus areas. By seeking better, green alternatives and reducing waste, the financial and societal performances of the industry improve. Jason also highlights the importance of customer engagement during the process: “We also gain inspiration from our engagement with customers and innovative ecosystems. Understanding the challenges that others face and the progress that is being made is great motivation.”

"The commitments that we make to society by creating good jobs, being good neighbours, and being the source of solutions to global problems will depend on the incorporation of green chemistry principles."