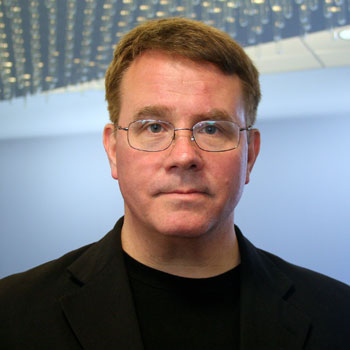 This is the story of John Warner, the President & Chief Technology Officer of the Warner Babcock Institute for Green Chemistry (WBI), and the person who, together with Paul Anastas from the United States Environmental Protection Agency (EPA), invented the field of green chemistry and established its 12 principles[i]. These principles gave chemists focus areas that could reduce both the environmental and potential health impacts of their work. Green chemistry is the design of chemical products and processes that reduce or eliminate the use and/or generation of hazardous substances. At WBI John is leading a team of green chemists to develop sustainable technologies at the molecular level with industry partners. You might be thinking right now that John was born holding two Erlenmeyer flasks, four beakers, sixteen pipettes and performed his first chemical reaction when he was 4 months old. However, this is not how his story goes…

In his life, John has always been “resisting the siren call of precedent”, and he believes the path of others should not be followed: “I can’t follow a path, I have to make my own path, and I think that is the heart of invention.” Well, John made sure he followed his own unique and creative path when he decided to be a chemist instead of pursuing his music major career: “There was never a time in my life when I sat down and said – I want to be a chemist. – I went to the University of Massachusetts, Boston, intending to be a music major. Certain things happened, some conversation happened, and I roamed into a chemistry lab…”

In the chemistry lab, everything changed (and the environment is extremely thankful for that). In John’s mind the world was separated: “There were artists and there were scientists; artists were imagination and creativity, while science was PV=nRT”. However, what John came to learn was that scientists create things. John had a light bulb moment in the research lab: “The process of creating something new that didn’t exist before has nothing to do with the word art, or the word science.” John started working in the research lab as an undergraduate student, conducting research and publishing papers before the age of 18. He continued his education at Princeton University and started his career at Polaroid in exploratory research. This is when John really started seeing chemists as inventors, as he started writing patents and creating novel ways to solve real-world problems, often ignoring precedent to see solutions through a new, innovative lens. Oh, and, it turned out that by focusing on sustainability at the molecular level, he was able to reduce hazards at the source, while inventing new, cost-effective chemistries to solve industrial challenges in Polaroid photography.

Creativity with green chemistry brings variety of products to market

John founded the Warner Babcock Institute in 2007. Over the past 12 years he has published over 250 patents, worked with over 100 multinational companies, and spun out companies with patents on various technologies (e.g. from hair color and pharmaceuticals to a new approach for paving asphalt). John credits being able to cover such a spectrum of technologies due to looking at the problem at the molecular level. Rather than focusing at what the technologies does, John focuses on what a technology is. According to John, “each of these technologies have elements of green chemistry”. This statement is fundamental, since a technology is only as sustainable as the materials that make it up. “If you are an engineer you are held hostage to the fundamental materials available to you. If the building blocks are not sustainable the product is not sustainable. We need to reinvent the new materials.” This is the reason why John insists that “chemists must focus on chemistry and not the application.”

In his work, John focuses on fundamental chemistry to create and bring green chemistry solutions to society. However, he is not only focused on solving problems that society might deem as highly needed; John is focused on making products and processes green so society can still have the freedom of product choice with safer chemicals at the core. You will see John’s patents span a variety of fields and levels of impact, but to him, benign hair color is just as important as the amyotrophic lateral sclerosis (ALS) drug currently in clinical trials. Because as John states – who are we to judge the level of impact?

“I would say every single aspect is important and we shouldn’t be judgmental to the level of impact on saving society, whatever that means, because when we invented that way of coloring the hair we learned certain things that we could apply to some pharmaceutical applications, that then could be applied to our asphalt again. Once you delve down to the molecular level and you’re tinkering with carbon, carbon, carbon, nitrogen bonds and molecular forces, you solve a problem in one aspect, and you learn how to solve problems in others.”

Failure is part of the creative process

Failure is something John is always watching for and redirecting from on his path, as he knows it is all part of the invention process: “As an author with pages thrown on the edit room floor, the pieces that remain have benefited from those pieces that have gone on the floor”. In summary, all chemistry can be done using the beyond benign way. By touching this incredible number of distinct and important industries, John is showing that with creativity and green chemistry at the center of the solutions, a diverse set of problems can be solved. Do not fear failure! Fear not trying in the first place or following blindly the footsteps of others. Be creative and original; You never know where your unique path might lead you!

Want to bring creative thinking to your classroom or outreach event?

Explore the concept of biomimicry, or taking inspiration from nature in the design of new technology through our matching game.

Teach your students about John and Paul’s 12 Principles of Green Chemistry through an interactive lesson: Writing the Principles (High School level or Middle School level (Lesson 00))

[i] The 12 principles of green chemistry were published by John Warner and Paul Anastas in Green Chemistry: Theory and Practice, Oxford University Press in 1988.