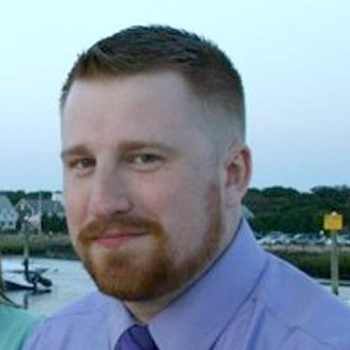 Thinking outside the box: The story of Tony Bova

Tony Bova is the Co-Founder and Chief Executive Officer of mobius, a company focused on converting organic waste into renewable chemicals and materials. Tony is completing a Ph.D. in Energy Science & Engineering with a focus on Biomass and Polymer Chemistry from the University of Tennessee-Knoxville, and at mobius (which he Co-Founded during his graduate studies), he is leading a multidisciplinary team that’s creating a world where “There’s Wonder in Waste”.

Tony fell in love with chemistry in high school, where he understood the importance of this central science and learned how “chemistry can explain everything all around you”. Luckily for us, Tony decided to pursue chemistry as his major at the University of Toledo. This is where he was introduced to green chemistry by his undergraduate research mentor and green chemistry champion Dr. Mark Mason, who signed his department onto the Beyond Benign Green Chemistry Commitment in 2014. During his undergraduate research, Tony started to deeply question the reasons behind his work and who he could help with it. Exactly why was he doing what he was doing? Tony realized that, if he could find a way to get his work out of the laboratory and into the hands of society, he could help more people! This is the moment in Tony’s life where he started to get interested in entrepreneurship, watched some Shark Thank episodes, and begun contemplating the idea of creating a business.

Driven by the ambiguity of combining chemistry and entrepreneurship, Tony decided to find an interdisciplinary program for his graduate studies. A program where he could study chemistry, but also learn about and speak the “science and technology commercialization language”. With the desire to become a more well-rounded scientist, to “learn how to learn”, Tony joined the Bredesen Center for Interdisciplinary Research & Education, a joint program between the University of Tennessee-Knoxville and Oak Ridge National Lab, where he wrote a whole business plan around his Ph.D. research. The idea was so well accepted within the University that he and his partner decided to go on with it, and mobius was born!

Creating a world where “There’s Wonder in Waste”

Have you ever contemplated the amount of trash produced by you every day? Good, try to think about the amount of trash generated by the all the humans and industries of our whole planet now. Have you ever thought where it all ends up? The living beings impacted by it? Well, what if waste is not considered something useless anymore, but a renewable feedstock for chemists instead? In other words, what if waste is considered an important material for the production of other important materials? At mobius, Tony and his multidisciplinary team are inventing new ways to transform different waste resources into valuable and important products for society. For example, the transformation of residues like lignin from the paper mill industry into plastics that can degrade in the environment is something they have been investigating. Tony and his team also received a $100,000 grant from Kroger Co. Foundation to work on a project to convert waste cooking oil from industry into precursors for biodegradable plastics and polymers. The whole idea is “to design processes that do not generate waste and design materials that, once are returned to nature, actually improve it.” In summary, “design it so it is not waste at the end of its life.”

For Tony, inventing and bringing something new to the world is a team exercise, inside and outside the laboratory. At mobius, Tony’s team is composed by chemists, biologists, and engineers who find help outside the lab for beyond proof of concept: “For us, it is not enough to just invent something, we want it to be impactful. So, we look for partners that can help us bring our products and processes to the market. The invention process is about who can help you bring it (your invention) into reality.”

When asked about the role played by green chemistry on his company, Tony says that “Green Chemistry is more than a list of rules you should follow, but it is a framework to innovate the future of chemistry.” Even though at mobius Tony and his team have different backgrounds, they all understand the great impacts (for the business and for our planet) of thinking and inventing green. “When I teach my team about green chemistry, we talk about the 12 principles, but we do not do it because it is on the list; we do it because it brings positive advantages to the business and the people doing the work.” Instead of “doing less bad, mobius wants to be a company that does more good”. In order to achieve that, green chemistry fundamentals such as the use of renewable feedstocks, design for degradation, energy efficiency, and use of catalysts as well as less solvents whenever possible are incorporated in mobius’ practices and philosophy.

"Just because something is hard it doesn’t mean you shouldn’t work on it; if anything it means it’s the right problem to work on."